Boston Bruin legends and Hall of Famers Ray Bourque and Phil Esposito have signed this 16×20 photo from Esposito Night. Esposito wore #7 during his time with the Bruins and was the the driving force behind 2 Stanley Cup winning team. Years later Bourque would be assigned the #7. In 1987 the Bruins decided that the number should be retired, and in one of the classiest moves in sports’ history Bourque gave his #7 jersey to Esposito on Phil Esposito Night. Bourque revealed his new #77 underneath his jersey, and now #7 could be retired to the rafters of the Boston Garden. This photo has been authenticated by New England Picture.

There are no reviews yet. 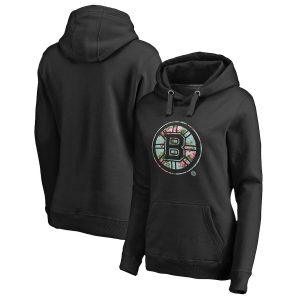 The Lovely pullover hoodie from Fanatics Branded will be a standout piece in your collection of Boston Bruins gear! Elevate your game day ensemble by giving it a feminine edge with its beautiful floral Boston Bruins logo. The soft fleece … Read More 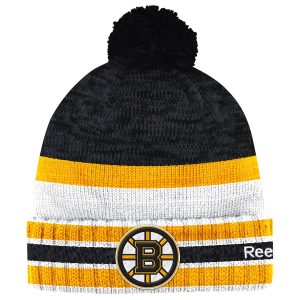 Get the perfect look to let everyone know you support the Boston Bruins! This Reebok Center Ice cuffed knit had will leave no doubt about your team pride. It’s got an embroidered Boston Bruins logo and stunning colors to add … Read More 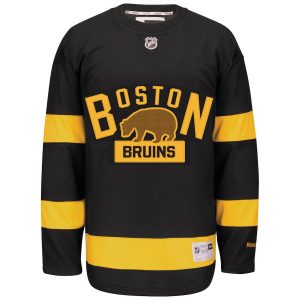 You have a style all your own, so help show it off with this Reebok jersey. This jersey features Boston Bruins graphics and the name and is made to look like what the players wear on game day. It’s the … Read More 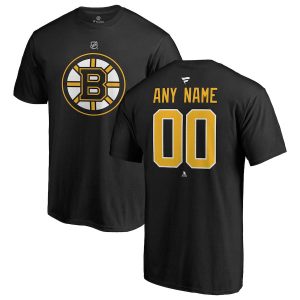 Sport your superior style as you support your Boston Bruins with this Custom Team Authentic T-shirt from Fanatics Branded. It features impeccable graphics and personalized details so that you can make this tee a distinctive tribute to your Boston Bruins. … Read More 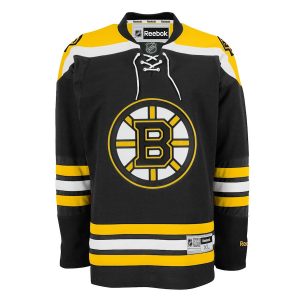 Fit: Men’s Reebok Premier Jerseys are made to layer underneath. For a tighter fit, we recommend ordering one size smaller than your normally wear. Material: 100% Polyester 2-Way stretch mesh body Back-neck taping – no irritating stitch on the back … Read More

Introducing the Breakaway by Fanatics – the official jersey made just for the fans. From the world’s largest collection of officially licensed gear comes the first jersey inspired and built by fans for fans. We asked NHL devotees what they … Read More 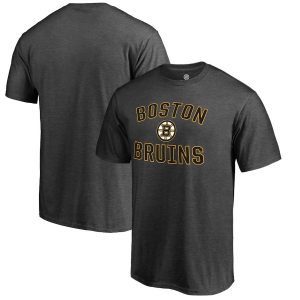 Looking great when you go to watch the Boston Bruins play is your primary concern. Now you can enhance your ensemble perfectly by putting on this Boston Bruins Victory Arch T-shirt from Fanatics Branded. This tee features superb Boston Bruins … Read More 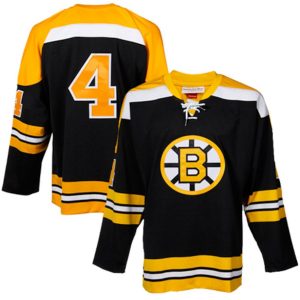 Get the perfect look to let everyone know who you cheer for! Show off your throwback Boston Bruins spirit with this Bobby Orr Authentic Vintage jersey! You’ll remember the classics at the next Boston Bruins game with this cool jersey … Read More