Both the Bruins and Celtics picked up much needed wins last night as the B’s established a two game win streak while the C’s bounced back from a loss in their previous game against the lowly Magic.  Each team has had a mediocre start to the season but each has also shown flashes of elite play, providing hope that they can gain momentum and turn it into consistent success. 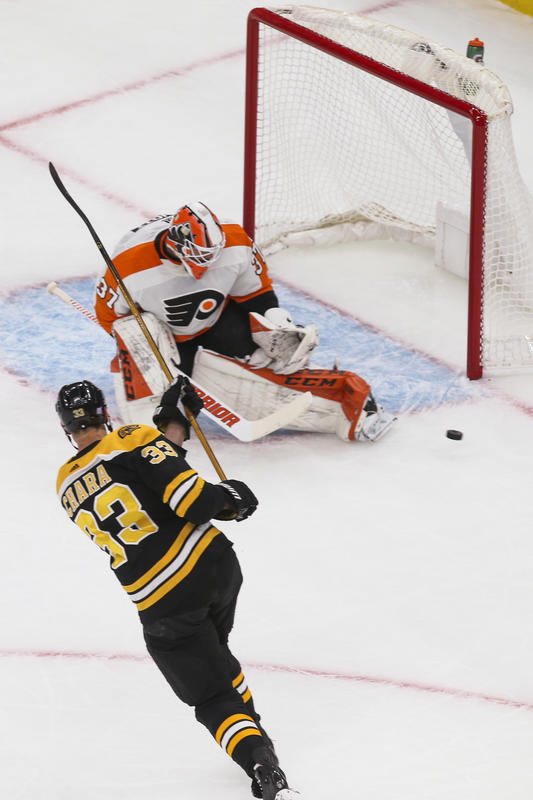 The Bruins beat the Philadelphia Flyers 3-0 and were led by goalie Jaroslav Halak, who pitched a shutout as he continues to deliver solid goalie play and keep alive the thought of shipping out Tuuka, something that I’ve wanted to happen more and more as the season has progressed.  Also old man Zdeno Chara scored 2 of the team’s 3 goals to pace the offensive attack.  This was an important win for the team given they were been banged up as they lost 3 of four over the previous 7 days.  Their next game is Saturday as they face the Montreal Canadiens at home.  As always that should be a fun one to watch.

Meanwhile, the Celtics shook off a truly terrible start to pick up a 101-95 comeback win in Oklahoma City.  The Celts were down 16 at the half but rode a 40 point 3rd quarter to take the lead and held on late to move to 3-2 on the season.  Jayson Tatum led the way with 24 points as he continues to build on an impressive rookie season.  His loudest points were on the dunk above where he threw one down over Paul George on the break.  Three other players were in double figures including Marcus Morris who scored 21 points off the bench.  George had 22 points to pace Oklahoma City and Russell Westbrook had 13-15-8 but shot only 25% while turning the ball over 5 times.  The team really showed an ability to bounce back from adversity in this one which is no surprise given the injury issues many of these players faced last year.  They next play on Saturday night in Detroit to face the undefeated Pistons.