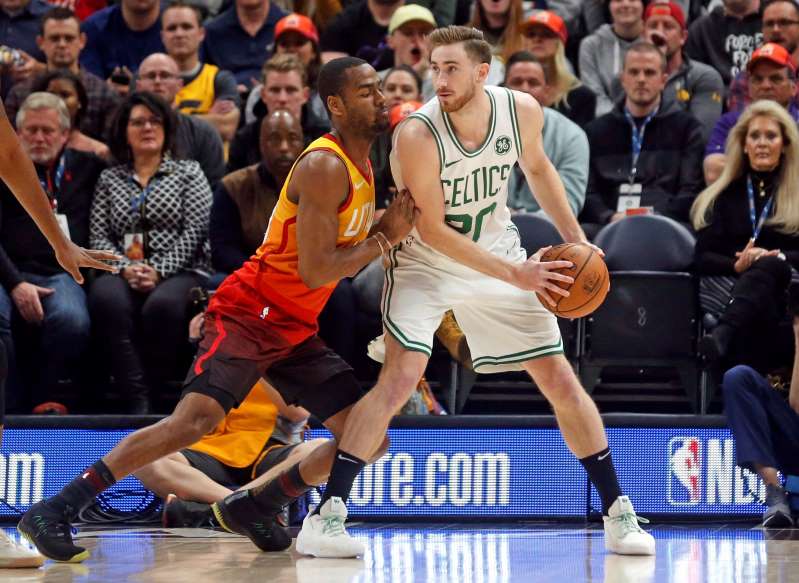 The Celtics lost to the Jazz last night 123-115 and are now 1-3 in the midst of their 5 game road swing.  Kyrie Irving did not play but it was still a disappointing loss in Gordon Hayward’s return to Utah.  Joe Ingles led the way early for the Jazz and finished with 27-5-7 while second year phenom Donovan Mitchell closed the game late and finished with 21 points.  Old friend Jae Crowder also chipped in with 20-6-4 to help beat his former team.  The Celtics were paced by Jayson Tatum (21 points), Terry Rozier (22 points) and Marcus Smart (13 points, 10 assists) but the team again fell behind early, trailing by 13 after 3 quarters, and could not fight its way back.  Hayward also finished with 13 points and 7 assists in his much awaited homecoming.  They will next play in Portland against the Trail Blazers on Sunday night.