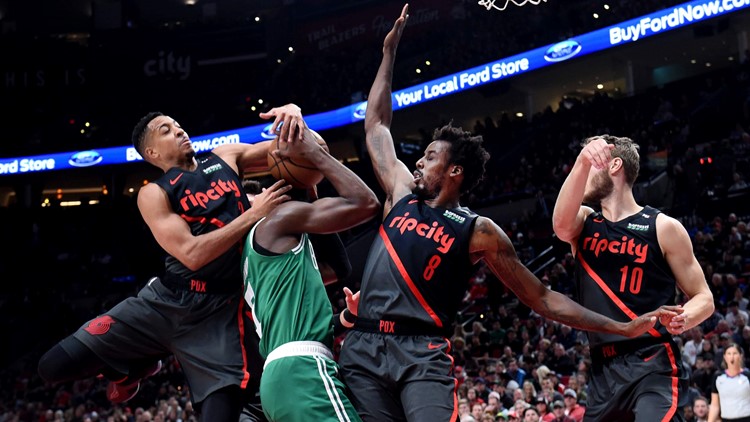 The Celtics wrapped their five game road trip with a 100-94 loss in Portland to the Trail Blazers.  They continued a trend of slow starts as they trailed by five after one and seventeen at the half and could never fully dig themselves out of those holes.  The Blazers rode a balanced attack as seven players scored eight or more points, led by Damian Lillard (19) and Josef Nurkic (18).  Nurkic also dominated the paint with eighteen rebounds.  Jayson Tatum paced the Celts with 27 points and Kyrie Irving added 21 but they were inefficient overall by shooting only .387 from the field as a team.  They will look to get back on track Wednesday at home against the underwhelming Bulls.