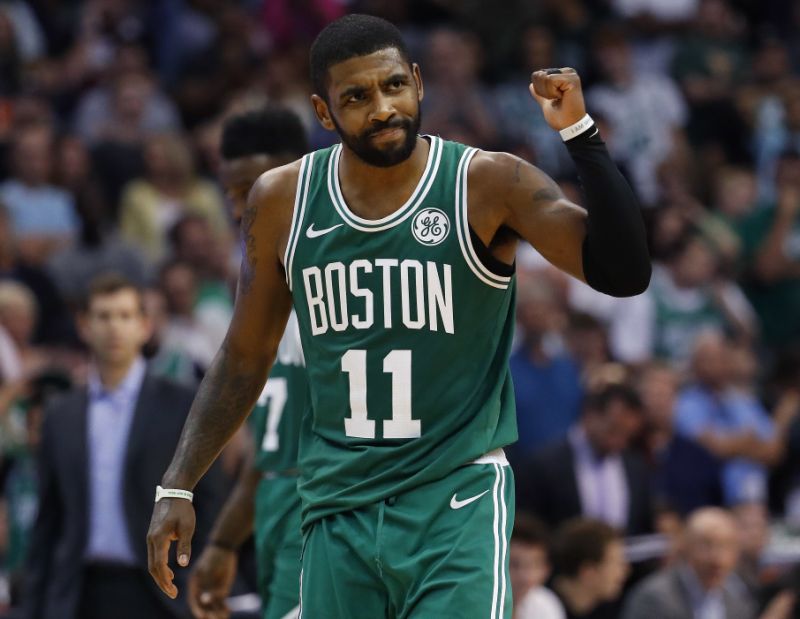 For most of the game Thursday night the Celtics appeared headed for a third straight loss, this time at the hands of one of the NBA’s worst.  Trailing by 20 at halftime and 15 after 3, the Celts’ offense was again anemic.  Then Kyrie Irving stepped up and showed why he is the alpha on a team full of talented young players as he scored 18 points in the fourth quarter and overtime on his way to 39 points to lead the green to a 116-109 overtime victory.  Devin Booker continued his light show against the Celtics by scoring 38 points but in the end it was Irving who had the last laugh as he hit various clutch shots late and set up Marcus Morris for a tying 3 pointer at the end of the 4th quarter to force the game into OT.  This is the Kyrie the Celtics expected entering the season and they’ll need games like this from him to keep the team afloat while they continue to find their identity.  This was easily the most entertaining game of the season as the teams traded baskets at will in overtime until the Celtics finally pulled away to win it.  The Celtics don’t have much time to rest as they head to Utah tonight to face the Jazz in Gordon Hayward’s long awaited return.