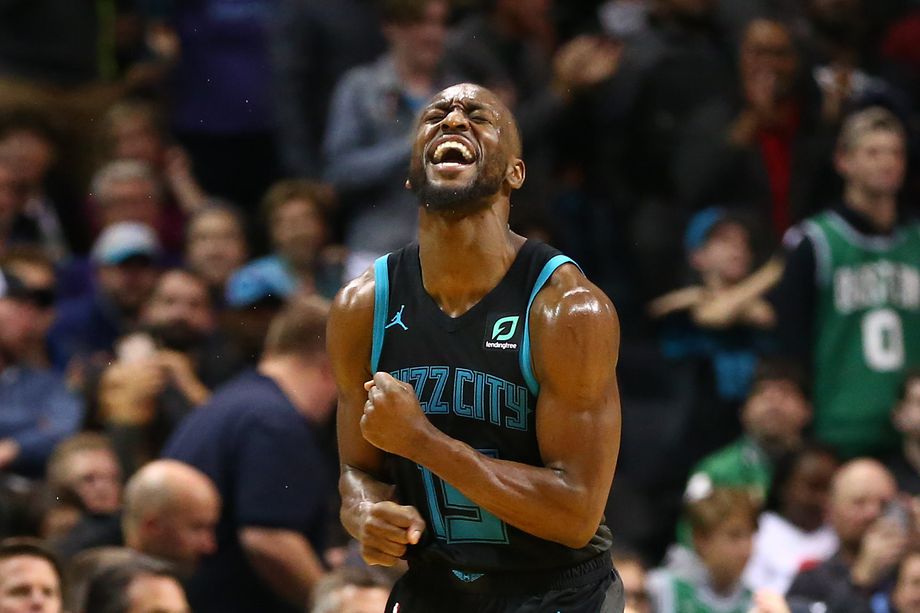 The Celtics lost their second straight game Monday night as they continue to meddle with mediocrity in a season of ups and downs.  Kemba Walker continued his recent hot streak as he scored 43 points to lead Charlotte to a comeback home win 117-112, outdueling Kyrie Irving (27 points, 11 assists) in the process.  Walker now leads the NBA in scoring average with 29.6 PPG and has scored 103 in his past two games.  Playing Walker’s Hornets is certainly bad timing for the Celtics but they are the more talented team and should have been able to hold onto a 10 point fourth quarter lead.  Instead their NBA best defense was carved up by Walker who scored 21 of his 43 points in the fourth quarter to lock down the win.  Jayson Tatum chipped in an efficient 18 points but yet again the Celts were left wanting more from the supposed deepest roster in the NBA.  Gordon Hayward didn’t start in this one as Brad Stevens tried to shake up the lineup but in the end the result was more of the same.  They’ll have a chance to bounce back Wednesday night at home against the underwhelming New York Knicks.