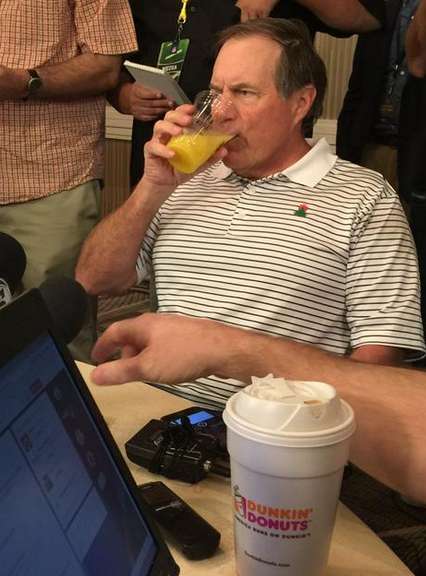 Last night the Patriots lost to the previously winless Detroit Lions 26-10 in rather convincing fashion.  In what seemed to be a relatively easy matchup heading into Sunday, the Lions sent the reeling Patriots to 1-2 heading into a week four home matchup with the 3-0 and AFC East leading Miami Dolphins.  This one now is being touted as a must-win by those in media circles.

There are many subjects to cover after this loss from Gronk admitting he threatened to retire if traded to the Lions in the offseason to the Patriots ineptitude on both sides of the ball.

Look, I know the first three games have not been pretty.  The team lost to a hapless Lions team and their only win was against a now 0-3 Texans squad that looks as if they’re headed toward a top five pick in the 2019 NFL draft.  But we’ve been here before.  We were blown out by Kansas City to start last season and ended up in the Super Bowl and everyone remembers the infamous “We’re on to Cincinnati” game in 2014 when the Patriots were sitting at 2-2 after another blowout defeat at the hands of the Chiefs.  How did that season end?  a Super Bowl victory against the Seahawks.

The team has its issues but it played the majority of its two losses without its best defensive player and pass rush threat, Trey Flowers and the offense is clearly still figuring out who they are as a unit.  Add to that Julian Edelman has yet to suit up and I think the season forecast for this team is going to be more akin to the past 17 years in New England (15 division titles) since Brady and Belichick first teamed up.  This is what the Patriots do.   They ease their way into the season, fight through early turmoil and turn into an absolute wagon through the heart of the schedule and into the postseason.

So to quote from the man up in Green Bay, everyone needs to just RELAX and wait to see how things play out before burying this team in September.