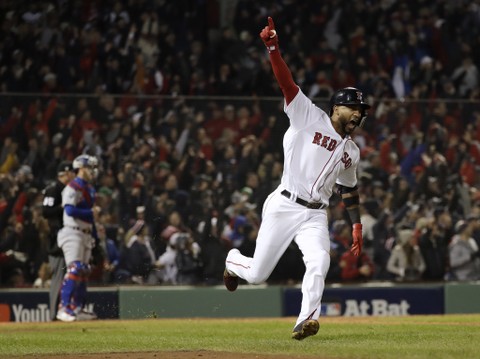 Who says one is the loneliest number?  The Red Sox won the first game of the World Series 8-4 behind a pinch hit two out, three run home run by Eduardo Nunez in the bottom of the 7th.  The bullpen also pitched well only yielding one run over five innings and the team now heads into game two with a 1-0 lead.  David Price goes tonight and looks to notch his second career postseason win.  Here’s a preview of the game from a Dodgers point of view…go Sox!