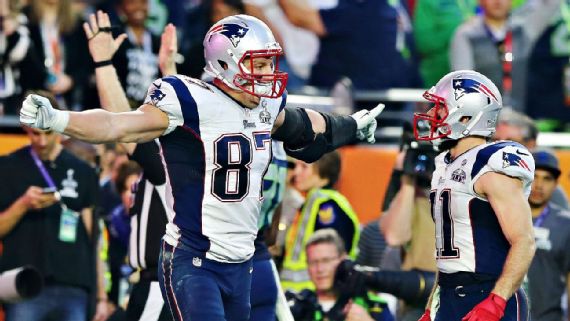 It was just two weeks ago when it seemed like the Patriots offense was Rob Gronkowski, James White and everyone else.  The wide receivers couldn’t win one on one matchups and teams doubled or tripled Gronk, making the offense predictable.  Flash forward to week five of the NFL season and the Patriots offense seems loaded (on paper at least).  The wide receiver group sees the return of Julian Edelman which should provide a much needed jolt and Josh Gordon comes off his season debut.  He might be in line for an expanded role.  Heck even Cordarelle Patterson caught a touchdown pass last week!  The general feeling is that going forward the offense should be closer to the unit we’ve become accustomed to than what we saw in weeks 1-3.  If Gronk sits this week they should still be able to move the ball and exploit matchups with this deep group of wide receivers and promising rookie running back Sony Michel…oh and don’t forget Mr. James White in the flat!  They’re certainly fortunate to be facing a Colts team that is banged up and coming off an overtime loss but even if they were playing the Rams I’d have confidence in their ability to perform.  Thursday can’t get here soon enough!

Also it seems like Edelman’s infectious energy is already making waves throughout the building in Foxborough, and that impact cannot be underestimated.