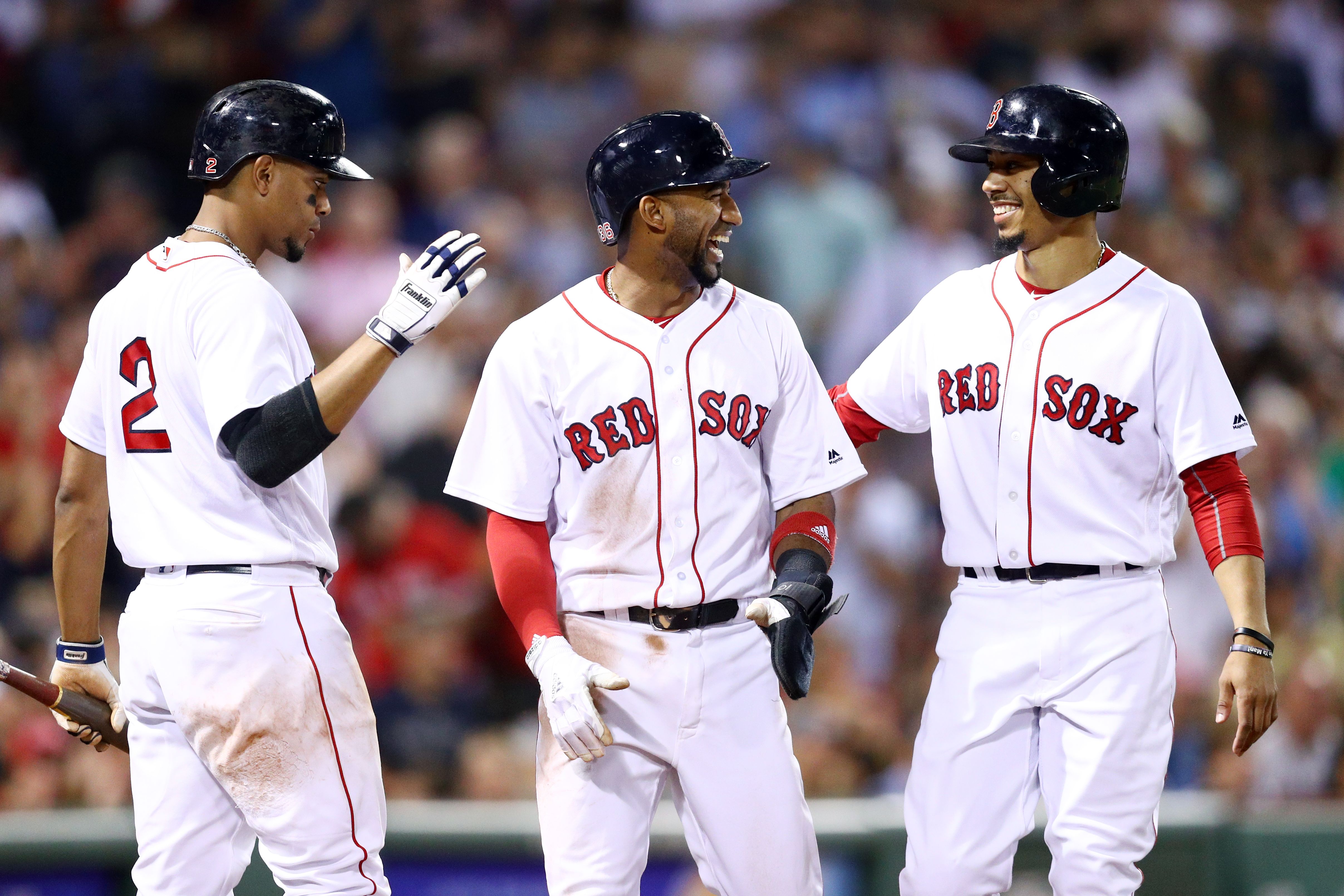 The time has come.  Tonight the two best teams in the American League and arguably all of baseball square off in game 1 of the ALCS at Fenway Park.  This matchup pits the best offense in baseball (MLB leading 876 runs scored) against the best pitching staff in baseball (MLB leading 534 runs allowed).  In fact here are where each team ranks in the MLB in terms of sheer statistics:

It’s a battle of two powerhouses.  The Astros are the reigning World Series Champs and are oozing with experienced, successful playoff performers.  The Red Sox have won three straight AL East Titles however they’ve lost in the ALDS the past two years in convincing fashion, including 3-0 to Cleveland in 2016 and 3-1 to these very Astros last year.  They have become the Peyton Manning era Indianapolis Colts, putting up big numbers in the regular season only to fall flat when it matters most in the playoffs.

However, this year is already different as they dispatched the 100 win New York Yankees in the ALDS 3-1 including winning the last two games at Yankee Stadium.  That is no small feat and suggests this team has learned from their past mistakes and is ready to take the next step.

Now here’s a preview of game 1 tonight at Fenway!

Game 1 includes a heavyweight showdown between two of the best pitchers in baseball.  Verlander is a horse with extensive playoff experience (12-6, 3.08 ERA) while Sale spent most of his career on a middling White Sox team and has minimal experience in the postseason between last year and the ALDS this year.  That experience has come with mixed results (1-2, 6.19 ERA, 1H) however he had a decent outing against the Yankees this year.

Verlander has the edge based on experience but it’s tough to judge Sale on such a small postseason sample size.  Here is how each pitcher has fared against the ALCS roster for the other team.

.213 AVG against for his career

.281 OBP allowed for his career

.237 AVG against for his career

.250 OBP allowed for his career

Again, I would say that Verlander has the edge here as well although Sale has performed decent against the Astros hitters in total during his career.  Also each pitcher has been on fire since August with Houston winning 9 out of Verlander’s past 12 starts and the Red Sox winning 5 out of Sale’s 6 starts during that time.  In fact, the Sox have won 13 of Sale’s past 14 starts dating back to June 24th during which time he’s posted a 1.18 ERA.  Meanwhile the Astros have won all of Verlander’s 6 starts since September as he’s posted a 1.42 ERA with 13.5 K/9 IP.

Bottom line: Both pitchers seem primed to have a big night.  Whichever team can get the starter out of the game first should have the advantage.  I hate to say it but I see the Astros taking this one which will put a lot of pressure on David Price in game 2.  The wild card here is Mookie Betts.  He had a poor series against New York, has never performed great in the playoffs and has no hits against Verlander for his career.  I sense potential for some serious negative regression for him given his talent level so if the Red Sox do win I expect him to have a lot to do with it.  Enjoy the game tonight, go Sox!