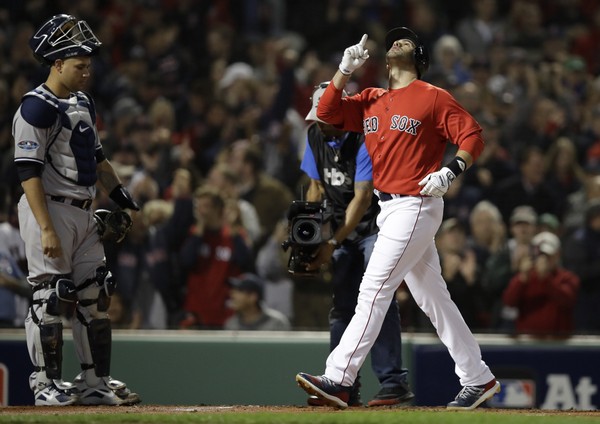 Coming off a 108 win season a lot was expected of the Red Sox going into their ALDS series with the rival Yankees.  High expectations can often cause a team to come out tight but the Sox’ big guns came to play and led the hometown team past the Yankees 5-4 last night.  JD Martinez led the way with a 3 run home run in the first and Chris Sale allowed 2 earned runs in 5 1/3 innings to get the win.  Most importantly might be the fact that Sale appeared to have his velocity back after sitting in the low 90’s with his fastball his previous time out.  This was certainly a good thing last night and bodes well for the team’s success this October.  Next up is game two on Saturday as the oft-maligned David Price faces off against Masahiro Tanaka.  Price has historically fallen short in the playoffs so it’s really tough to predict what we’ll see in this one.  Hopefully he’ll build on his impressive regular season and put his playoff ghosts behind him…but if I were to guess I’d say he won’t last long.  But as they say, “That’s why they play the games!”.