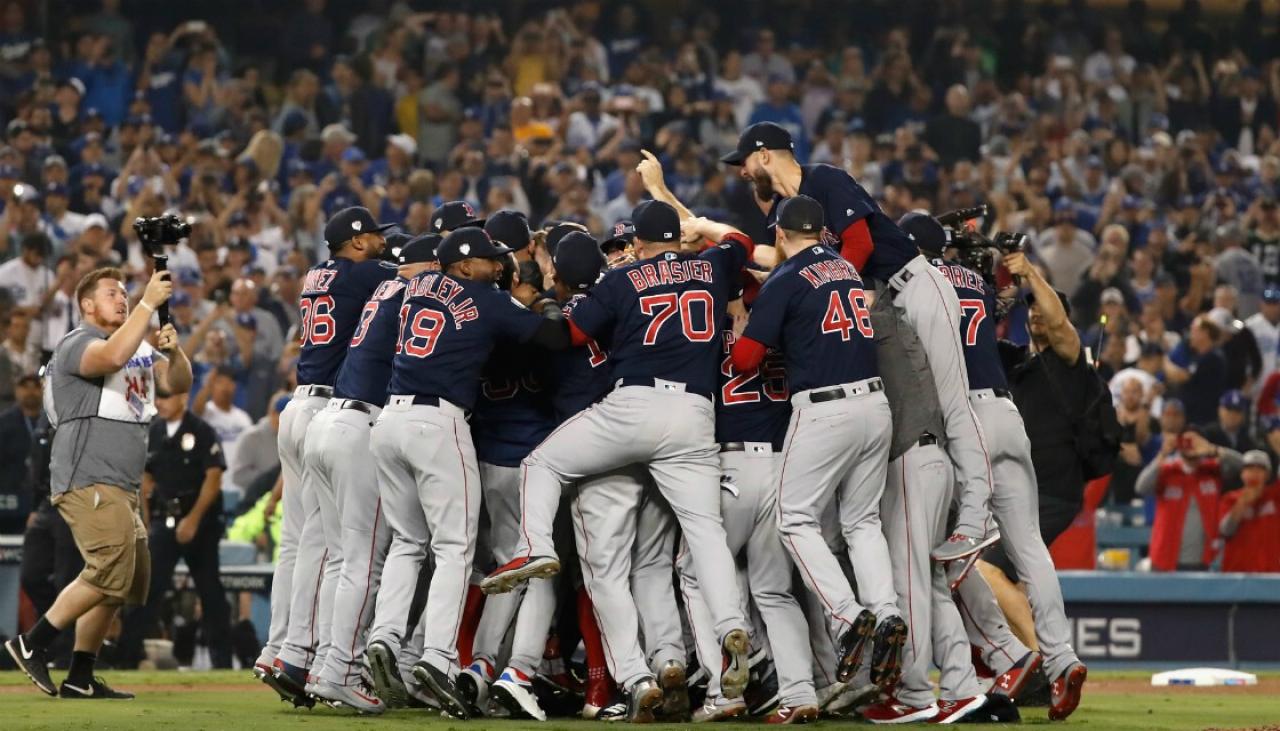 What a season!  The Red Sox dispatched the Dodgers in 5 games after going through two 100 win teams (Yankees and Astros) to win the World Series.  This was an emphatic stamp on what has been the most successful season in franchise history.  The accolades are sure to keep coming as Mookie Betts will likely be name the AL MVP but obviously this is the ultimate goal and the 2018 Red Sox now reign supreme in Major League Baseball.  Until next year….or at least until the parade on Wednesday!

Here’s a look at how the Red Sox celebrated by trolling none other than the New York Yankees.  Enjoy!