There’s been a lot of hype recently surrounding the 2018-2019 iteration of the Boston Celtics and for good reason.  They have a loaded starting lineup with one of the best PGs in the league manning the ship.

Unfortunately there’s also been a lot of chatter about that very same point guard taking off for a max contract with the Knicks or Nets in the offseason.  I don’t think it’s anything against Boston but Kyrie Irving is from New Jersey so it would make sense that he’d want to go back home and lead a franchise in the country’s biggest market while still in his prime.

However…there has been a new development just as the Celtics training camp is about to start on Tuesday and it’s a good one for fans of Irving and the team.  As per HoopsHabit.Com, Kyrie was recently quoted as having said the following:

“Can we beat Golden State in a seven-game series? Yes.

“Because of who we have and what we’re establishing here, not just for this season, but for hopefully for the next few years, something that’s pretty special.”

Boom!  That quote is potentially a huge development for the Celtics.  It’s great that he thinks they can be the Warriors and all but the real gold comes from Irving alluding to a future with the Celtics.  If Kyrie stays then health permitting, I see this team as the Warriors of the East for many years to come.  We could have the NBA’s next great rivalry brewing before the season even begins!  In honor of this news we bring you Kyrie’s best ball handling moments with the Celtics!

Get a Kyrie black and green Celtics Jersey today! 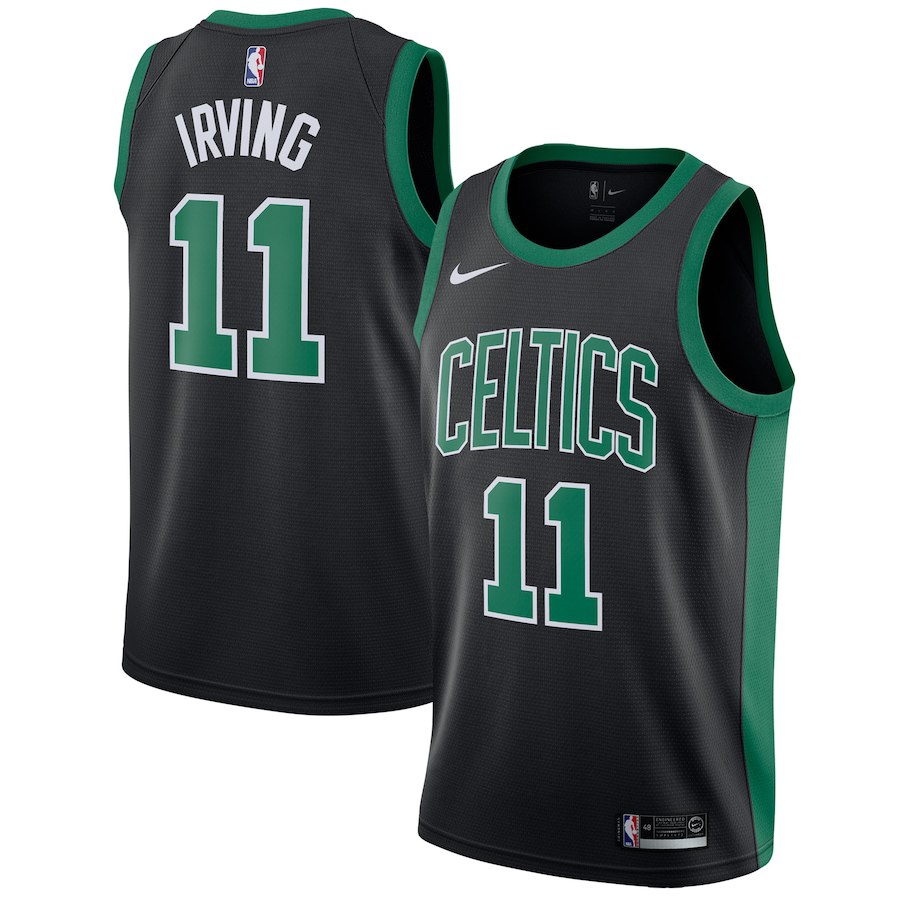