In the Tuesday double dip, the Red Sox won game two of the ALCS and the Celtics won their season opener.  Both teams won in convincing fashion as the night went about as well as a Boston sports fan could hope. 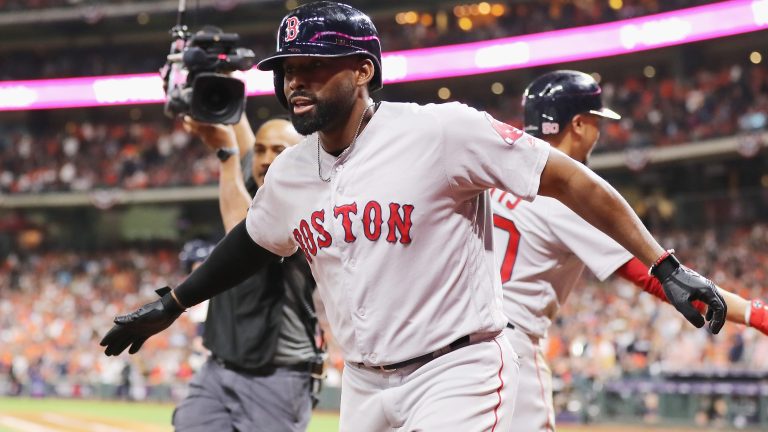 The Red Sox led for most of the game after putting up 2 runs in the top of the first, Nathan Eovaldi went 7 innings only allowing 2 runs and Jackie Bradley Jr. put the game away in the 8th inning off the Astros’ closer Roberto Osuna with a grand slam!  They won 8-2 and suddenly have home field advantage again.

Meanwhile Jayson Tatum picked up right where he left off last year leading five Celts in double figures with 23 points, 9 rebounds and 3 assists as they handled the Sixers 105-87.

It was a successful night with and it seems like we have many more of those to come from both teams!