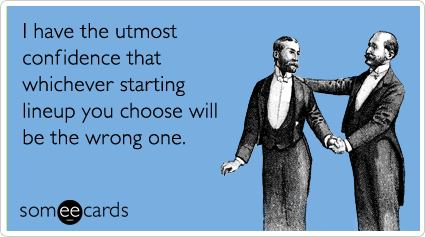 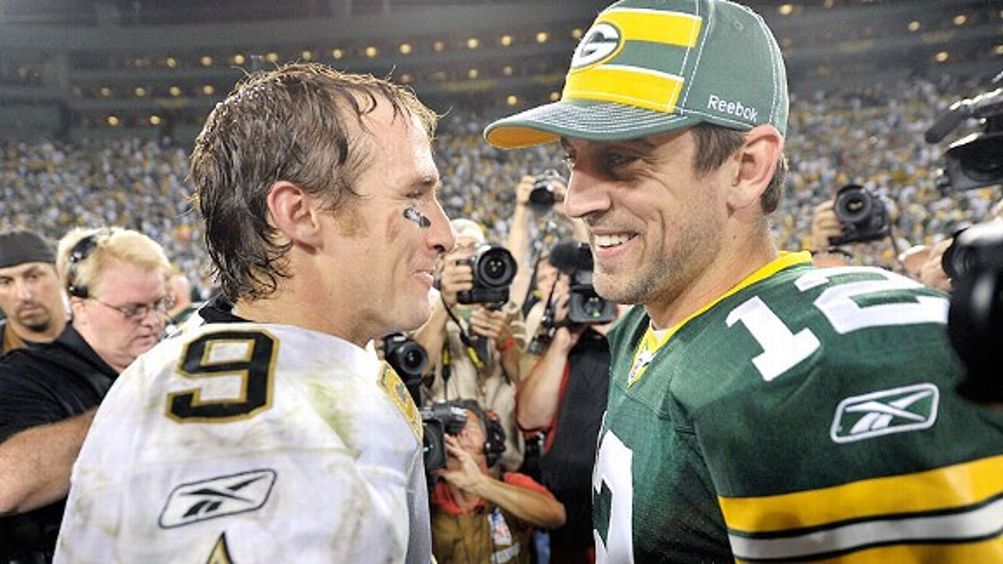 Exceed Expectations – Aaron Rodgers: Yes he’s ranked #2, but I see him as the #1 QB this week by a landslide.  He’s coming off a tough loss in Washington and he’s at home…against the Buffalo Bills!  The Bills are the 8th worst fantasy defense to date, in my opinion they are by far the worst team in the NFL, they are coming off of the biggest NFL upset since 1978 and they’re starting a rookie QB who had a completion percentage of 56% at Wyoming!  Let’s just say the Packers should win this one in a landslide and will use this game to get the passing attack back in rhythm. The Bills will come back down to Earth…hard!

Fall Short – Drew Brees: He’s coming off of a monster performance in an overtime win against rival Atlanta.  He was phenomenal in that game, but he travels to New York which means playing outdoors (if you aren’t aware, Atlanta plays in a dome).  Brees has a career TD to INT ratio of 1.87 to 1 outdoors compared to 2.4 to 1 indoors.  He also has averaged 251 YPG with a QB Rating of 90.9 in outdoor games for his career compared to 310 and 101.6 in indoor games.  His numbers certainly are respectable wherever he plays but I see him underperforming his #4 QB ranking this week.  Oh and the Giants only allowed 14 points in their only home game this year.

Exceed Expectations – Sony Michel:  Yes you read that right.  The Dolphins are the #24 fantasy defense against RBs and Sony Michel has been getting some serious action, particularly last week.  The Dolphins historically play poor in New England and the Patriots really need this game so I expect them to be playing from ahead most of the game.  Michel is a top 10 play compared to his #22 ESPN ranking.

Fall Short – Lesean McCoy:  He’s coming off an injury, he’s in Green Bay and he’s playing a tough run defense.  Add in the fact that Buffalo will be playing from (far) behind and I don’t see McCoy getting a ton of carries.  In fact I’d imagine that this will be a glorified week off for Lesean to further rest once Green Bay generates a big lead early.  He’s outside my top 30. 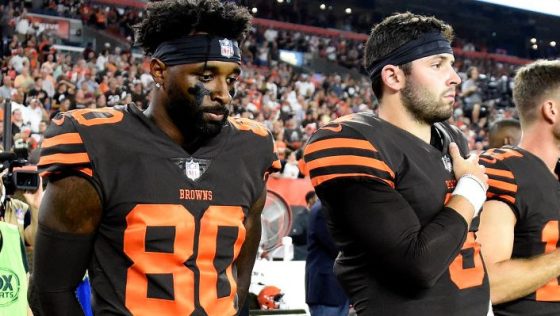 Exceed Expectations – Jarvis Landry: Week one of the Baker Mayfield era…as a starter.  Landry and Mayfield showed some chemistry in the comeback victory last week and I expect that to continue.  Mayfield is extremely accurate which is especially important for a slot receiver like Landry.  Landry is ranked #12 by ESPN this week but I have him top 5 against a Raiders defense ranked 28th against WRs.

Fall Short – Mike Evans: He’s off to a sizzling start and I think he’ll have a monster season.  With that being said he’ll get bottled up this week by the best defense in the league through 3 weeks.  In Chicago against Khalil Mack and the gang isn’t easy and I see Fitz-Magic having to check down or be forced into mistakes much like he was at points last week.

Exceed Expectations – Eric Ebron: He had his first game without a TD last week but still had 5 catches and 11 targets.  Jack Doyle is expected to be out again this week so we should see a plethora of targets yet again, especially when IND gets in the red zone.  Expect at least a score from Ebron and for him to exceed his #10 ranking.

Fall Short – Jared Cook:  After a big week 1 Cook has fallen back into his typical weekly production.  His value is inflated from that performance which is why I’d assume he’s still ranked as high as #7 for TEs even though he’s facing a Cleveland defense that ranks #3 in fantasy points allowed to TEs this year.  He’s outside the top 10 this week.

Exceed Expectations – Green Bay:  I’m high on the Packers this week.  Expect the defense to devastate young Josh Allen.  While he’ll fare better than Nathan Peterman would I still predict 2-3 turnovers from the QB alone.  GB is my top defense for the week compared to their #4 rating.

Fall Short – Seattle: Traveling to a Arizona offense that has looked anemic, I understand the #5 ranking.  But…I am a big Josh Rosen fan.  He has a huge arm and I think he can open up the offense a bit.  I also expect them to lean on David Johnson more than they have so I think Seattle finishes outside the top 5.  I don’t think they’re a bad play but I’m thinking more along the lines of a #10 defense this week.

Exceed Expectations – Chris Boswell:  AFC North games always seem to be field goal contests.  I think Pittsburgh will score a few touchdowns as well but expect 2+ FGs and 3+ XPs from Boswell.  He’ll be a top 3 kicker this week.

Fall Short – Matt Bryant: At home against Cincinnati?  I expect a lot of touchdowns.  He’ll have a solid week but it will be because of XPs, not FGs.  I see him as closer to a 10-15 play compared to his ranking of #5.

See above.  Reference Michel, Sony.  Get excited because this is going to be his coming out party! 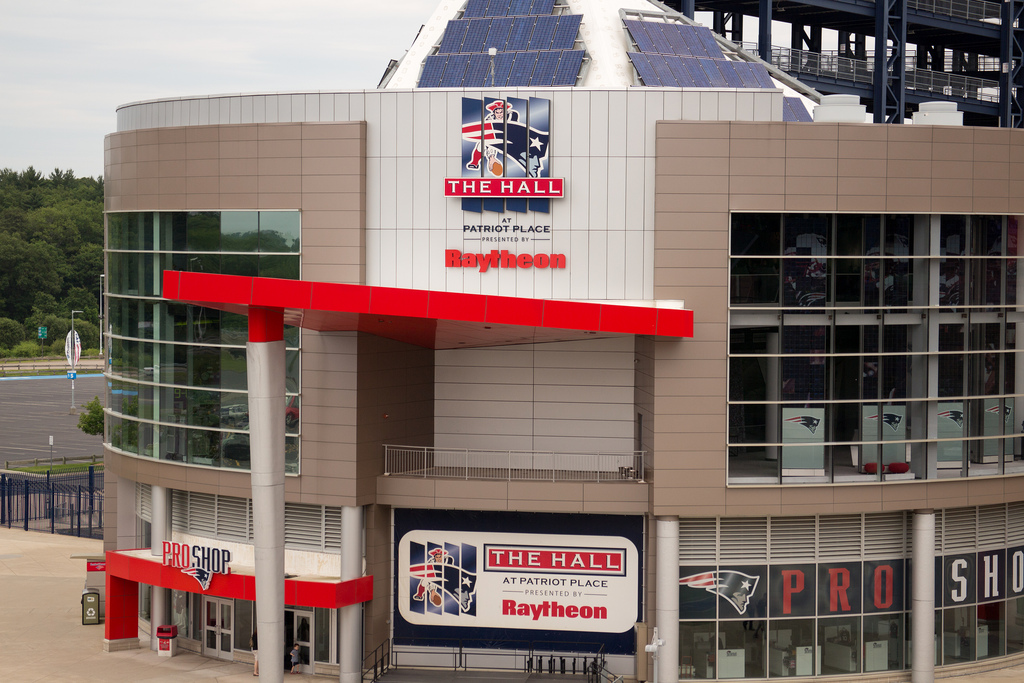